Home / News / Industry News / Why should the baby's feeding bottle be dried?

Home / News / Industry News / Why should the baby's feeding bottle be dried?

Why should the baby's feeding bottle be dried?

First, although boiling water can play a role in disinfection, the scalding process is too short, the boiling water has no time to kill bacteria, and the temperature has been lowered.
Second, boiling water does not kill common intestinal pathogens. Generally speaking, from the birth of the baby, the disinfection work will continue until about 6 months.
What is the best way to sterilize the bottle?
The most commonly used sterilization methods are boiling sterilization and steam pot sterilization.
How to sterilize baby bottles?
Clean first. Use running water and a sponge brush to clean the remaining milk stains in the bottle with 360° without dead ends.
1. To boil and sterilize, you only need a clean large pot and a bottle holder: first add water, and the depth of the water should soak everything. Glass baby bottles should be boiled with cold water to prevent deformation or bursting, and then boil for about 5 minutes after the water is boiled; for plastic baby bottles, wait for the water to boil before putting it down, and cook for about 3 minutes, otherwise it will accelerate aging; baby bottles, pacifiers , bottle caps, and pacifier holders should wait for the water to boil before putting them down, and cook for 2-3 minutes.
2. Sterilization with steam sterilizer: Before sterilizing the milk bottle with the steam cooker, clean the milk bottle, nipple and bottle cap, then put them into the electric steam cooker respectively, press the switch, the steam cooker starts to work, and automatically after the sterilization is completed cut the power. After the bottle is sterilized, put it on the Feeding Bottle Drying Rack to dry. 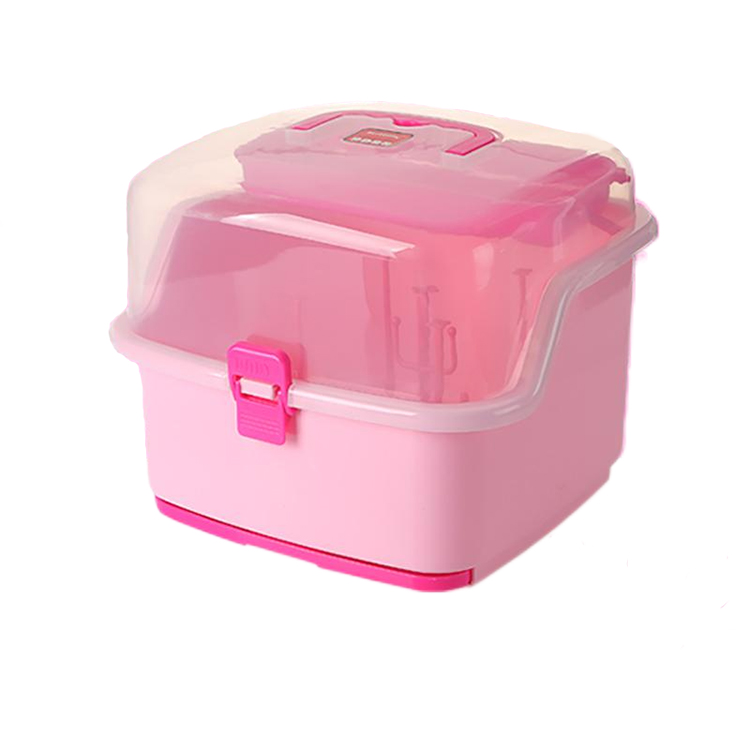 Backing-out
PREV：Do you know how to teach your baby to go to the toilet?
NEXT：How to enlighten the baby to learn to speak?

Why should the baby's feeding bottle be dried?