Home / News / Industry News / How to wear a saliva bib

Home / News / Industry News / How to wear a saliva bib

How to wear a saliva bib

If the baby refuses to wear a bib, how will you wear it? In the first stage, the baby resists fiercely. Momma can bring a bib herself and say, baby, you must wear a bib when you eat. The second stage changes the bib style. I rummaged through the water towel from home and tried to reverse the clothes. Stage 3 Preheat before eating. When the baby sees the food, she may already be in a hurry. The mother adjusts the time of wearing the bib. She is very happy to guide the hand washing three minutes before eating. The fourth stage resists during meals. When the baby is halfway through eating, the baby starts to pull the bib out of nowhere, and the mother guides him, and then feeds a few more mouths. It really doesn't work, just hold it down and say, baby, if you don't wear a bib, are you full? You must wear it if you want to eat. If the baby insists, take it down and end the feeding. Occasionally a meal of seven or eight minutes is not a big problem, at least when the rules are followed. The fifth stage motivates behavior. When I went to the early childhood education center to communicate with the teacher on Sunday, the teacher suggested that when there are positive and specific behaviors, they must be encouraged. So Bao Mom took a set of videos when the baby was eating with a spoon and was obediently wearing a bib. After the baby had finished eating, she showed him to herself, and then praised him. In addition, the family wears it, but if it is not given to the baby, she will be more troubled. Children follow their parents as an example, "do not do to others what you do not want to do to yourself", and let the baby do what you want, you just have to take the lead. It's actually that simple. Imitation is a child's nature. 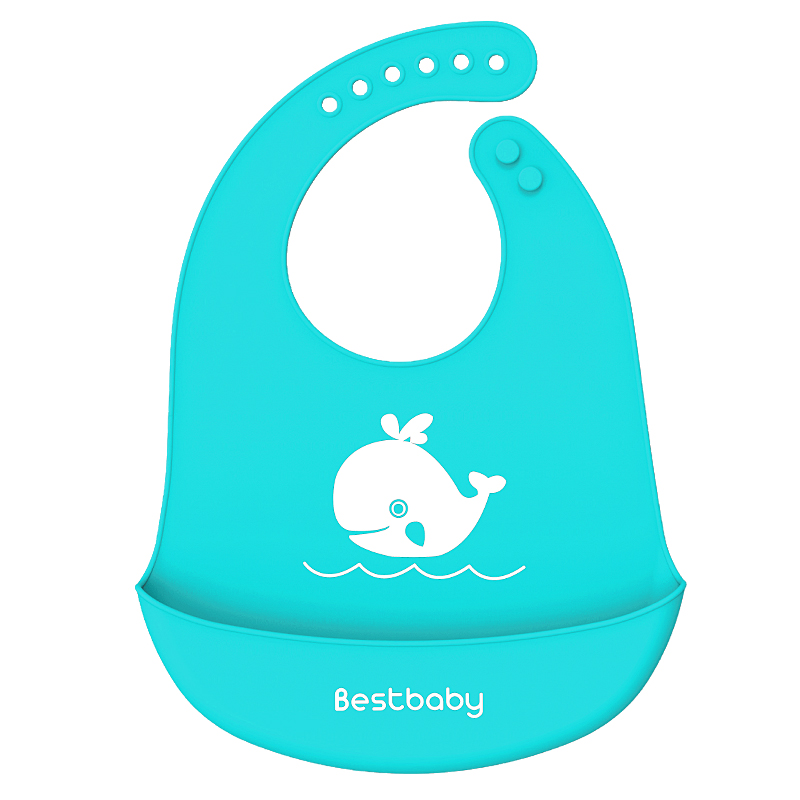 How to wear a saliva bib